Foreign operators have many tools at their disposal to attract new customers and increase the prestige of the establishment. Art is one of them. In this material we will consider the tools they use.

As the practice of the largest casinos, their reliance on the works of artists, sculptors and even antique exhibitions proved successful. As a result, the opportunity to join the world of traditional or contemporary art became a nice bonus for local guests, as well as to distinguish some objects on the background of competitors.

To this end, large casinos have decorated their interiors with works of art, provided working platforms for its artists, organized exhibitions from private collections and even set up entire galleries of fine art in collaboration with the world’s major museums, such as the Hermitage and the Solomon R. Guggenheim Museum. Some casinos, Luxor among them, organize exhibitions of rare objects with a rich historical heritage. We are talking about the exhibition in honor of the famous Titanic, which contains 250 items and elements of decor that were raised from the bottom of the liner wreck. And that’s not counting the traditional Luxor interior, which contains many objects from the Egyptian pharaohs’ reign.

Jim Gentleman, senior vice president of marketing agency SKG out of Las Vegas, has experience with several clients that attract visitors with artwork. One of them is Aria Casino, which, he says, contains “a significant collection of art, including unique examples of it,” and Borgata, which has glass installations by famed sculptor Dale Chihuly.

He also cites the Cosmopolitan casino as an example, noting its progressive attitude toward the arts: “It was the first casino to give artists a space to create.”

The Bellagio was the first casino in Las Vegas to open its own fine art gallery. The event took place in 1998, the first of its kind for the entire Las Vegas Strip. Other establishments, including The Venetian, later adopted the practice. This casino decided on a bold experiment, namely the collaboration with the Solomon R. Guggenheim Museum, which resulted in the opening of the Hermitage Guggenheim Museum in Las Vegas. In the period from 2001 to 2008 it had 10 exhibitions, the main decoration of which were the samples of classical painting.

However, the exhibition area was not very popular with the public. As a result, the casino decided not to renew its contract with the museum, after which it was moved to New York.

The Venetian’s management decided not to make the same mistakes. Therefore, the casino no longer has an art gallery. But there is an interactive exhibition devoted to the brilliant artist, scientist and inventor Leonardo da Vinci. Opponents of the exhibition reproach it for the same entertaining approach to the heritage of the past, which is attributed to the Luxor Casino with their exhibition of Egyptian antiquities. However, among the public, the Da Vinci Museum is very popular. Guests of the exhibition can literally get in touch with the inventions of the genius thinker, designed according to his drawings.

However, this does not mean that the traditional arts do not coexist with casinos. It’s all about the proportions and the goals that the owners of the gambling establishments set for themselves.

Casinos do not need to create a separate gallery or allocate space for installations of contemporary artists. Paintings, sculptures and installations can fit harmoniously into the interior and enhance the aesthetics of the place, making it interesting for those who are interested in art and not distracting for visitors who are not interested in art.

One such example is the Wynn Casino Conference Center. Its lobby welcomes visitors with paintings by artist David Guidera. At the main entrance guests can admire the bronze horses by sculptor Stephen Weiss, and those who take a break at the Terrace Point Café cannot help but notice the wooden chandelier by Gustav Eifel, the sculptor who designed the famous Eiffel Tower and after whom it was named. In the foyer of the same institution is a ceramic sculpture created by the famous sculptor Viola Frey.

That said, it’s important to understand what kind of artwork can entice affluent gambling enthusiasts. For example, the Bellagio casino organized an exhibition of the famous Faberge eggs, embodying the luxury and wealth of the Russian Empire. Such an exhibition fits harmoniously into the interior of the casino, which was created with a bias towards creativity. For example, above the Bellagio’s reception desk is a painting by Robert Rauschenberg; the interior of Prime Steakhouse is decorated with paintings by Roy Lichtenstein; and the restaurant named after Picasso features original paintings and sculptures by the great master. 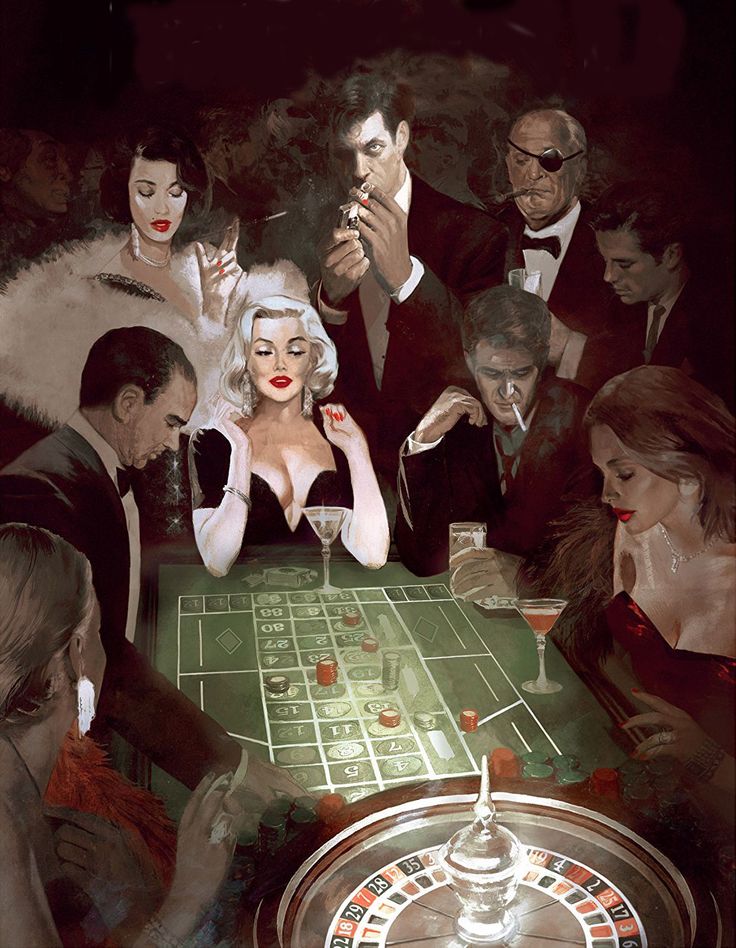 The very notion of art in the modern interpretation is very vague. Call it anything from classical paintings to Damien Hirst’s shocking installations. The stylization of an institution to a particular era or cultural stratum can also be equated with art.

In this regard, Gentleman cites the example of the Hard Rock Hotel, which contains no de facto displays, but its visitor is immersed in the unique atmosphere of a music museum, with walls adorned with black-and-white photographs of stars of the golden age of rock and roll, and instruments as legendary as their former owners placed prominently in the casino. “I think it’s art, too,” Gentleman says. He said the Hard Rock Hotel’s owners have made their brand recognizable and set it apart from the competition in this way: “As other casinos become conduits for the arts, we will be able to see more exhibitions and cultural events.”

Gentleman attributes this trend to the growing demands of a new generation of players who are not only “looking for a place to eat and play,” but also interested in cultural enrichment. And as the place of conservative players is taken by a new, advanced generation, the demand for art in casinos will only grow.