Sculpture and its types

Sculpture is a type of fine art, the works of which have a volumetric, three-dimensional shape and are made of solid or plastic materials.

Along with the term “sculpture”, which comes from the Latin sculpere – to cut, carve, the word “plastic” is used as an equivalent, which comes from the Greek pladzein, which means to sculpt. Initially, in the narrow sense of the word, sculpture was understood as sculpting, carving, peeling, cutting, carving, that is, such a way of creating a work of art in which the artist removes, knocks down extra pieces or layers of stone or wood, trying, as it were, to release the prisoner lurking in block sculptural form.

By plasticity, they understood the opposite way to sculpture, the way of creating a sculptural work – modeling from clay or wax, in which the sculptor does not decrease, but, on the contrary, increases volume.

Sculpture in its form is divided into two main types: round sculpture and relief. In a round sculpture, all its sides are usually processed, and therefore the viewer wants to walk around it and examine it from all points of the circle in order to fully perceive the content of the image.

Always associated with a certain spatial environment, illuminated by natural or artificial light. Light and shadow serve as a means of revealing the artistic and plastic essence of sculpture.

They are located on the surface in accordance with the nature of the modeling, as well as the location of the light source. There are a number of varieties of round sculpture.

The main ones are a statue, a group of two or more figures interconnected in content and composition, a head, a bust (chest or waist image of a person).

The main types of round sculpture are: statue, figurine, bust, torso and sculptural group.

Bust – bust, waist or shoulder image of a person in a round sculpture.

Sculpture machine – a wooden tripod with a rotating round or square board-stand, on which the created work of a round sculpture is placed.

Statuette – a kind of small plastic; a statue of a desktop (cabinet) size is much smaller than life size, which serves to decorate the interior. 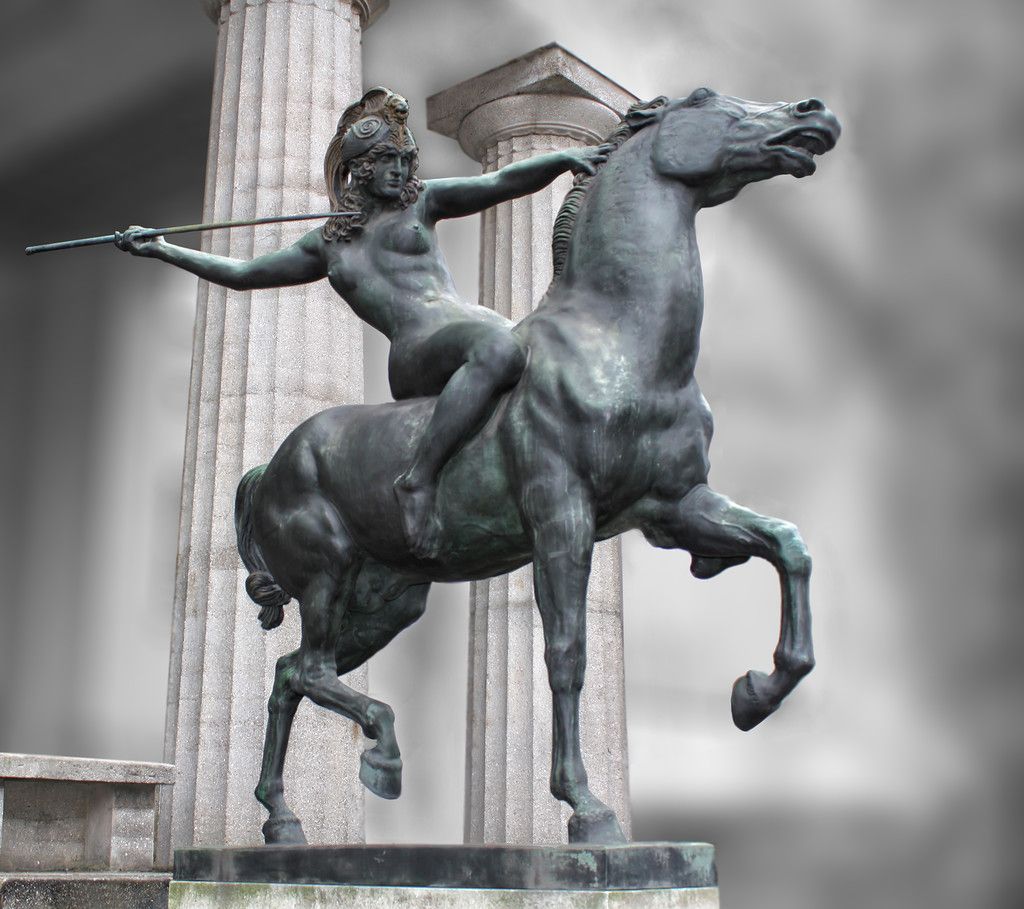 A statue is a free-standing three-dimensional image of a human figure in growth, as well as an animal or fantastic creature. Usually the statue is placed on a plinth. The so-called equestrian statue depicts a rider.

Torso – a sculptural image of a human body without a head, arms and legs. The torso can be a fragment of an ancient sculpture or an independent sculptural composition.

The principles of composition in round sculpture

Somewhat different from the principles of composition of the same subject in painting. The sculptor strives for the utmost conciseness, severe selection and preservation of only those absolutely necessary details and particulars, without which the meaning of the work would be unclear.

Such self-limitation follows from the nature of the sculptural block – stone or wood, the integral volume of which cannot be crushed too much. Fine detailing would break the unity of this sculptural block. In a round sculpture it is very difficult to solve a multi-figured scene.

The figures must be brought as close as possible and at the same time take care that one figure does not obscure the other, since their fusion will prevent the identification of a clear silhouette.

When working on multi-figure compositions, sculptors build them with a view to a circular view and think over the silhouette of the entire work as a whole. 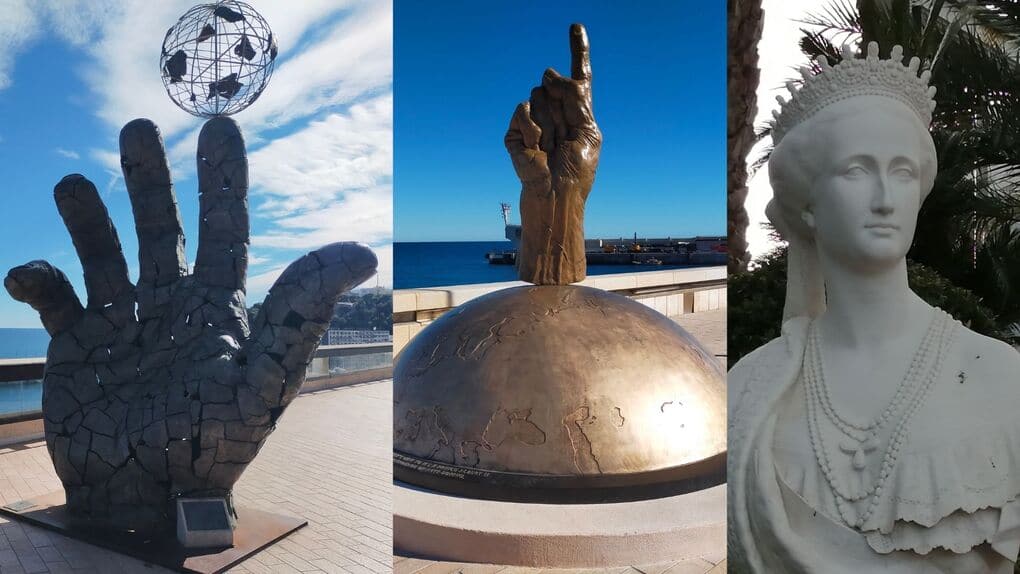 Occupies an intermediate place in its pictorial possibilities between a round sculpture and an image on a plane (drawing, painting, fresco). The relief, like a round sculpture, has three dimensions (although the third, deep dimension is often somewhat abbreviated, conditional).

The composition of figures in relief unfolds along a plane, which serves both as the technical basis of the image and at the same time as a background, which makes it possible to reproduce the landscape and multi-figured scenes in relief. Such an organic connection with the plane is a feature of the relief.

The relief in relation to the background may not be convex, but concave, deepened, that is, as if reversed. Such a relief is called a “koylanoglyph”.

It was common in the art of the Ancient East, Egypt and in ancient stone carving. “Classic relief”, especially characteristic of the art of antiquity and classicism, has a mostly smooth background.

An example of such a relief is the world-famous frieze of the Parthenon, depicting the solemn procession of Athenian citizens to the temple of Athena on the day of the great Panathenaic feast.

The high mastery of the composition, rhythmic and at the same time unusually natural, the charm of sculpting graceful draperies make us suggest that Phidias himself (5th century BC) or his closest talented assistants may have been the author of this frieze.