Installation art is a relatively new genre of contemporary art practiced by a growing number of postmodern artists that involves setting up or “installing” objects in a space, such as a room or warehouse.

The resulting arrangement of material and space creates an “artwork”.

Because an installation typically allows the viewer to enter and move around the configured space and/or interact with some of its elements, it offers the viewer a very different experience than a traditional painting or sculpture, which is usually seen from a single point of reference. I

n addition, the installation may involve several of the viewer’s senses, including touch, sound and smell, as well as sight.

Due to its flexibility and three-dimensionality, installation art is influenced by advances in computer art, such as the development of video and film projection software, as well as techniques used in avant-garde theater and dance. Architectural and interior design also have an impact. 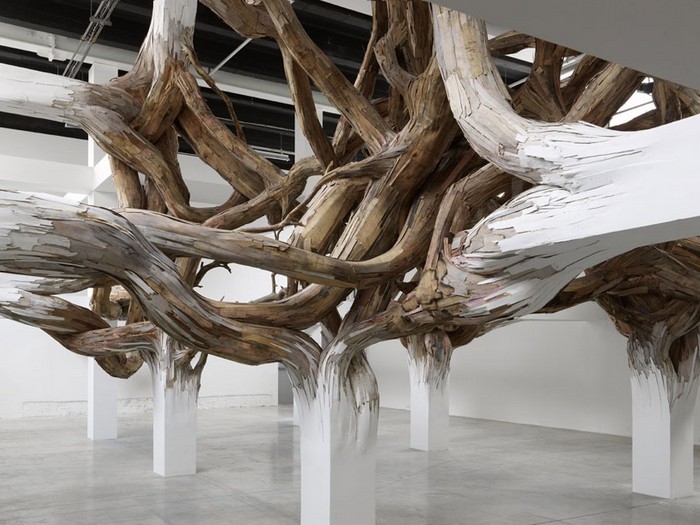 Above all, installation is a form of conceptual art – a genre in which “ideas” and “impact” are considered more important than the quality of the finished “product” or “work of art.”

As with all general forms of conceptual art, installation artists are more concerned with presenting their message than with the material used to present it.

However, unlike “pure” conceptual art, which is supposedly experienced in the minds of those who are exposed to it, installation art is more grounded and remains anchored in physical space.

Conceptual and installation art are two of the most popular examples of postmodern art, a general trend marked by his attempts to broaden the definition of art. Both forms are widely represented in many of the best contemporary art galleries in the world.

The art of editing varies from the very simple to the very complex. It can be a gallery, computer, electronic, web platform – the possibilities are endless and completely depend on the concept and goals of the artist.

Virtually any type of material or media can be used, including natural or man-made objects, painting and sculpture, as well as the latest media such as film, animation, various forms of photography, live performing arts (including events), sound and audio.

Some compositions are strictly closed, while others are public art created in open-air public spaces or projected onto public buildings. Some of them are silent, while others are interactive and require audience participation.

The difference between sculpture and installation

At first glance, some installations may resemble traditional craft-based sculpture or more modernist assemblage art. But this is an illusion. Installation art effectively inverts the principles of sculpture.

While the latter is intended to be viewed from the outside as a stand-alone arrangement of forms, installations often envelop the viewer in the space of the work.

The viewer enters a controlled environment in which objects are presented, as well as light, sound, and projected images. The formalism of the composition remains secondary – the impact on the spatial and cultural expectations of the viewer remains paramount.

Emerging in the 1970s, the installation is associated with conceptual art and can therefore be traced back to artists such as Marcel Duchamp (1887-1968) and his modernist readymades such as his controversial urinal called Fountain (1917).

Other influences include the avant-garde Dada exhibitions in Berlin and Cologne; the work of the collagist and sculptor Kurt Schwitters (1887-1948), in particular his Merzbau collection, which filled an entire buildingю

The Proun Room at the Berlin Station in 1923, possibly the earliest installation ever made; the spatial environment of the artist and sculptor Lucio Fontana (1899-1968) and his “White Manifesto”, which outlines his theories of spatiality; quiet musical composition “4-33” written by John Cage (1912-1992). 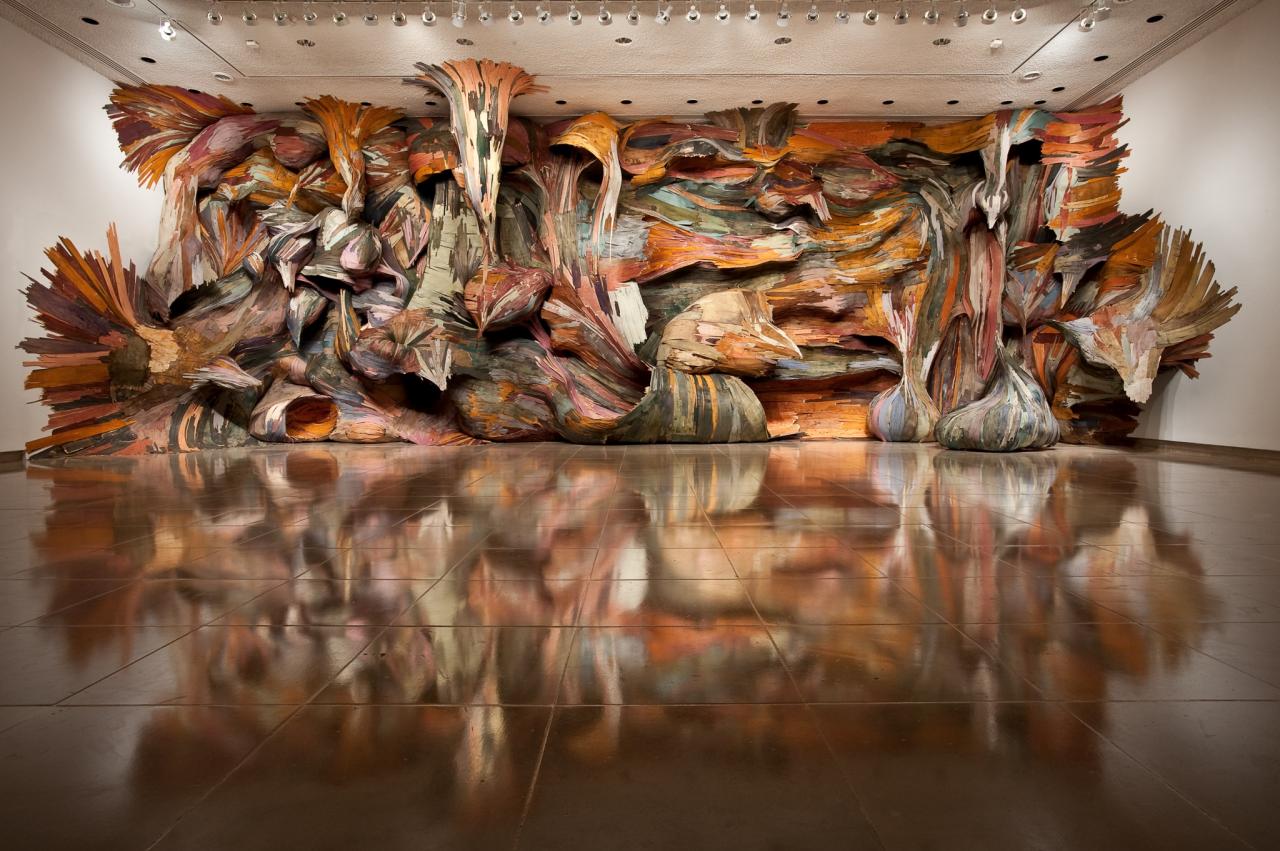 In addition, the assemblages and work of the American avant-garde artist Allan Kaprow (b. 1927)—notably his 1966 book Assemblage, Environment, and Events—also had a major influence on the development of the installation genre.

Notable contemporary installation artists include: Joseph Beuys (1921-86), a war-torn former professor of monumental sculpture at the Düsseldorf Academy, whose tallow and felt installations, extensive use of found objects, bold lectures on art and creativity, and a long career earned him a retrospective at the Guggenheim Museum in New York.

A unique form of postmodernism was practiced by Christo and Jeanne-Claude (both born in 1935), a Bulgarian-French couple who became famous for their huge interventions in nature.