What is science art

The works of science art are addressed to the artistic and aesthetic understanding and scientific development of nature with the help of modern technologies and equipment.

This is a demonstration to the general public of the processes taking place in modern science and in inaccessible laboratories and the display of this in art through the aestheticization of scientific, technical and technological phenomena.

Signs that an art project belongs to science art:

During its development, science art has formed many branches within itself in accordance with the reliance on a certain scientific discipline and the technologies used.

It should be noted that photographs depicting Petri dishes with various images and patterns of bacteria, created by microbiologists and artists, are widely popular. 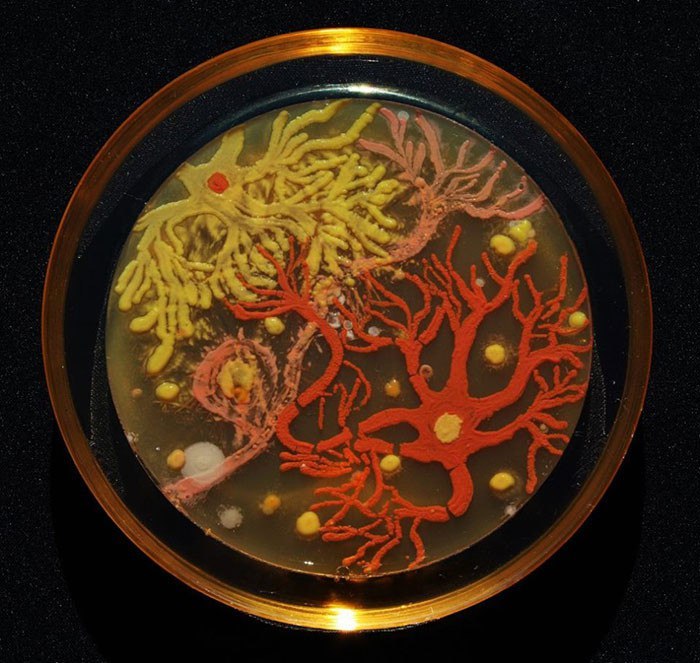 Robo-art exists at the intersection of art and robotics. In this case, artists use “technologies of automation and robotics, implantation of bionic modifications into a living organism.

” One of the well-known artists of this trend is the Australian conceptual artist under the pseudonym STELARC and his “Third Hand” (1980), where an artificial robotic hand with five fingers is attached to the body of the artist, capable of independent movements (squeeze-release, grip-release and rotation wrists).

This form of bodily prosthesis is not only capable of complex movements, but also incorporates a tactile feedback system for a rudimentary sense of touch.

The artist also explored the possibility of writing simultaneously with his right hand and his third hand (which was attached to his right hand.

Info art is distinguished by the use of various electronic data, information technology and artificial intelligence.

The direction “is the visualization of qualitative and quantitative data, which are the basis of computer science, technology and management.”

An example is the project “9 Evenings: Theater and Technology” of the “Experiments in Art and Technology” (EAT) group, where a series of performances by artists, engineers and scientists were presented (the first demonstration of teleprojection; in the dark, Doppler sonars.

There was also presented D. Cage’s performance called “Variations VII”, in which electronic equipment and systems were used.

Nano-art is the creation of micro- and nano-sized works of art using an electron microscope. Forming images are under the influence of chemical or physical processes of processing materials and photographing.

The founder of this trend is the Romanian scientist and artist Chris Orfescu. One of his most famous photographs is “Shards” from the 1980s.

This is a processed image of a section of a colloidal graphite particle immersed in liquid nitrogen at a temperature of -196 ° C.

In Media Art, works are created and displayed using information and communication technologies. Media art is divided into electronic art: a variety of electronic media.

Sound art: the use of musical and sound elements to create sculptures and installations – for example, J. Tengeli invented “metamechanical” sculptures that emit a random set of sounds through the rotation of gears in metal structures.

Thus, science art is a very voluminous field for research, it has its own unique characteristics, it has a number of individual types and subspecies.

Certain approaches and technologies of science art are a valuable unity of scientific and aesthetic methods.

Bioart is a trend in contemporary art. 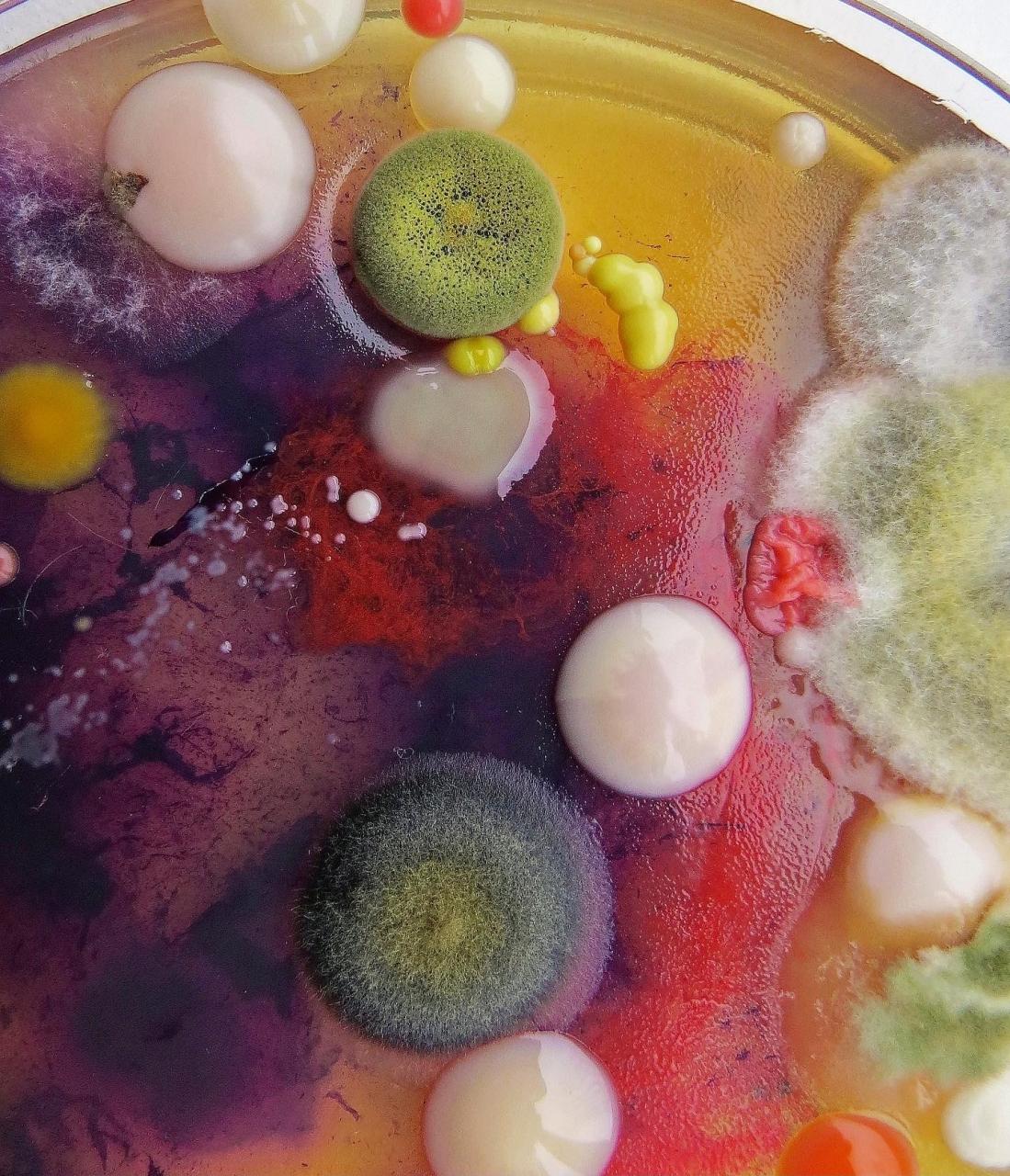 Its peculiarity is that the works are not paintings or sculptures familiar to us: bioart artists use living tissues, bacteria, microorganisms or entire ecosystems in their works.

They can, for example, grow an artificial ear on their hand, implant a chip under the skin, or cross their DNA with the DNA of a flower.

Science is involved in the creation of such art objects, the achievements of genetic engineering and other biotechnologies are used, and the artists themselves are often scientists.

They do not work in workshops, but in special laboratories, where there are all conditions for the preservation of the material used and its processing.

The forerunner of bioart was the microbiologist Alexander Fleming.

In 1928, he discovered penicillin, an antibiotic that saved the lives of many people.

But few people know that the scientist found another use for this drug – with its help he painted pictures! First, Fleming grew microbes of different colors, drew the outline of the pattern on blotting paper, and then transferred it to a Petri dish and added multi-colored bacteria there.

To keep the colors from mixing, he drew a line between groups of microbes using penicillin, which kills them.

Fleming even arranged exhibitions with his work. They say that the British Queen Mary of Teck visited one of them, but was not impressed.

Today, the innovator has many followers. Drawing microbes in Petri dishes has become a whole trend in art – agar art.

Already in the 21st century, the American Society for Microbiology holds a bacterial painting competition. Scientists from all over the world take part in it. They paint landscapes, portraits and even reproductions of famous paintings with microbes.