Art is a way of understanding

Art is a way of understanding and reflecting reality by creating a special product – works that can evoke an emotional response in people. Along with science, art is used by mankind for the correct perception and understanding of the world around us.

The most important function of art is to satisfy two spiritual needs of a person: love for beauty and the desire to receive aesthetic pleasure.

Art also helps to form public consciousness, stimulates the emergence of new thoughts and ideas through the sensations received by a person. It can take all sorts of forms and serve a variety of purposes (from the sublime and noble to the base and disgusting).

Types and genres of art

Art is a very voluminous definition, so it combines a huge number of ways to display the author’s intent. Types of art are classified according to the following parameters:

The subject of display – pictorial (for displaying reality) and non-pictorial (for embodying the inner world of a person with expressive means).

According to the dynamics – spatial (characteristic of a particular area) and temporal (corresponding to a specific historical era). In terms of utility – elegant (performing a purely aesthetic function) and applied (additionally in demand in everyday life).

Historically, it is also customary to divide art forms into genres (themes and objects of display) and styles (peculiarities of the use of artistic techniques in works).

The main types of fine arts include:

The history of the development of art

The history of art dates back to ancient times. There is no consensus among scientists regarding the origin of this way of reflecting reality.

A significant part of philosophers believe that God’s Providence served as an impetus for the birth of art, it awakened in our ancestors the highest spiritual principle and the desire to create.

According to another theory, primitive man, through the creation of primitive handicrafts (images), sought to understand the world around him and transfer the acquired knowledge to other members of society.

Primitive art was closely associated with games and rituals. It existed in the form of images of animals on the walls of caves, songs, dances, decorations of the body with drawings and symbols, all kinds of objects from improvised materials (shells, bones and animal skins).

The emergence of ancient civilizations (Egyptian, Phoenician, Babylonian) marked a new stage in the development of art. Thanks to the division of physical and mental labor, a relatively small part of people were able to devote themselves entirely to creativity, to become professional architects, painters or sculptors.

In each center of civilization, a style with individual distinctive features was gradually formed. Masterpieces of ancient masters have become a source of inspiration for posterity in the distant future. In the Middle Ages in Europe, art was completely subordinated to the service of religion. 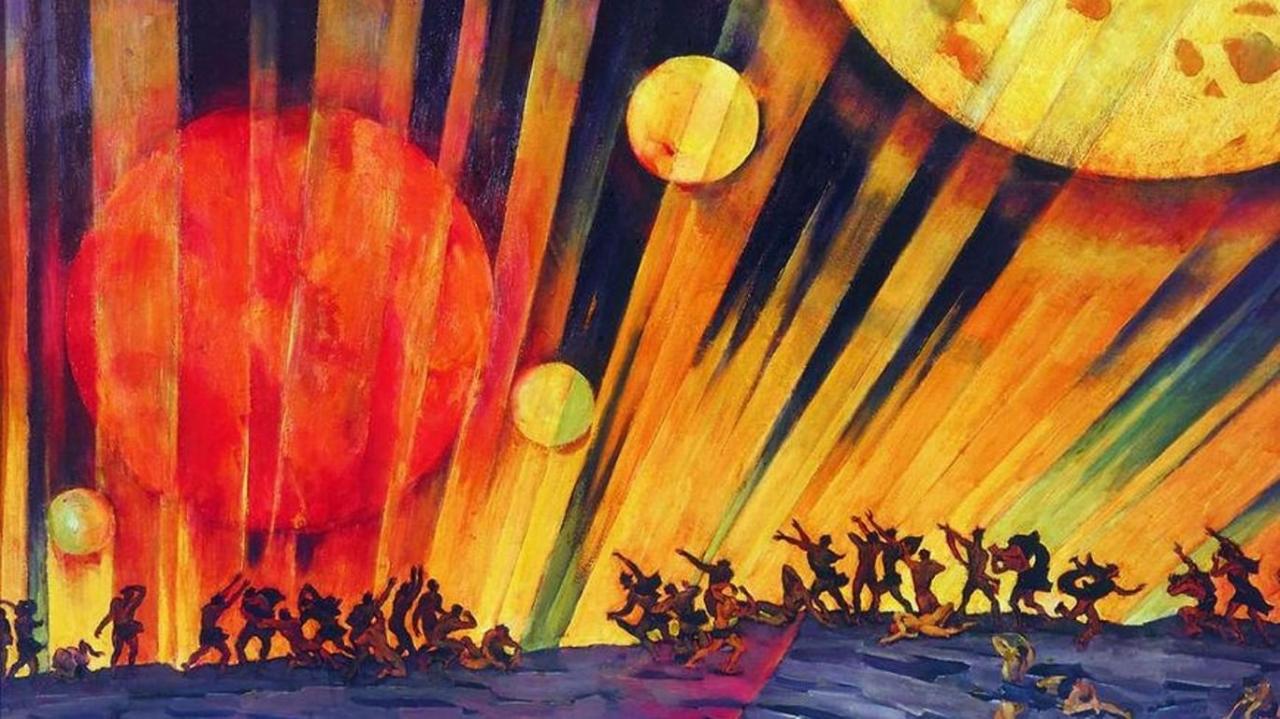 The main customer of the works was the church, the central motifs were biblical stories and spiritual truths. In Islamic countries, the restriction on the image of a person led to the decline of painting.

It radically changed the concept of art. The revolutionary ideas of humanism served as a powerful engine for creating masterpieces by Leonardo da Vinci, Michelangelo, Albrecht Dürer.

The invention of printing contributed to the development of literature and graphics. A little later, in the Age of Enlightenment, the time came for a radical restructuring of public life.

This was inevitably reflected in art by the emergence of new styles:

In the second half of the 19th century, the rapid development of capitalism led to the emergence of a number of artistic styles:

The masters of that time enthusiastically searched for new means of artistic expression, did not hesitate to experiment and deny the dogmas of the past.In the twentieth century, cinema began to play a huge role in art.

Gradually, he took a leading position regarding the impact on the broad masses, the formation of a lifestyle, and the promotion of the values of different regimes. And the development of the Internet and the general computerization of the population at the turn of the 20th-21st centuries gave impetus to the emergence of new types of media art.

Along with the development of mankind, art has come a long way from rock paintings to the use of computer technology. But its role in meeting the spiritual needs of people was and remains decisive.