Bioart is a trend in contemporary art that took shape in the 1990s. Its peculiarity is that the works are not paintings or sculptures familiar to us: bioart artists use living tissues, bacteria, microorganisms or entire ecosystems in their works.

They can, for example, grow an artificial ear on their hand, implant a chip under the skin, or cross their DNA with the DNA of a flower.

Science is involved in the creation of such art objects, the achievements of genetic engineering and other biotechnologies are used, and the artists themselves are often scientists.

They do not work in workshops, but in special laboratories, where there are all conditions for the preservation of the material used and its processing.

Bacterial pictures of the discoverer of penicillin

The forerunner of bioart was the microbiologist Alexander Fleming. In 1928, he discovered penicillin, an antibiotic that saved the lives of many people.

But few people know that the scientist found another use for this drug – with its help he painted pictures! First, Fleming grew microbes of different colors, drew the outline of the pattern on blotting paper, and then transferred it to a Petri dish and added multi-colored bacteria there.

To keep the colors from mixing, he drew a line between groups of microbes with penicillin, which kills them.

Fleming even arranged exhibitions with his work. They say that the British Queen Mary of Teck visited one of them, but was not impressed. Today, the innovator has many followers. 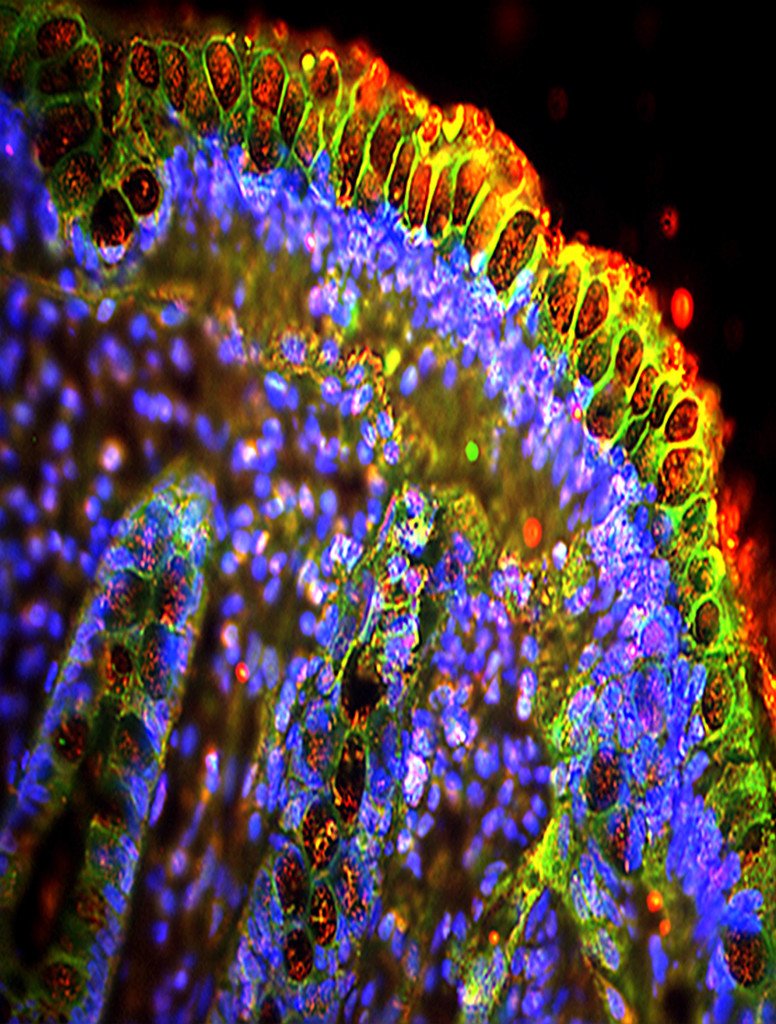 Drawing microbes in Petri dishes has become a whole trend in art – agar art. Already in the 21st century, the American Society for Microbiology holds a bacterial painting competition.

Scientists from all over the world take part in it. They paint landscapes, portraits and even reproductions of famous paintings with microbes.

Chip with a photo album in the body

The term “bioart” itself was coined and popularized by the Brazilian artist Eduardo Katz in 1997. One of Katz’s most famous works is Time Capsule.

The artist placed a chip with photos from the family archive in his body – and anyone could access these files via the Internet. In the hall where the performance took place, the same photographs were hung.

Katz wanted to destroy our notion between digital and analog memory, biological and mechanical, personal and public.

Then Eduardo Katz began to experiment with genes: to change nature and create new forms of life. One of his most high-profile projects was called Alba.

In 2000, the artist implanted the jellyfish gene, which is responsible for the glow, into a rabbit egg. He successfully took root, and an unusual rabbit was born: she glowed bright green in the dark. Katz named the rabbit Alba.

The artist said: “We have entered a new era. A new art is required. It doesn’t make sense to use paints in the same way that they were used in caves.

” The work caused a lot of controversy in society and the press: when the rabbit was shown at the exhibition, everyone started talking about the responsibility of the artist for the work, about where the border of creativity is, and, in principle, about the future of humanity and nature.

In 2003, Katz showed the work “Enigma”. With the help of biotechnologists, he added his DNA to the DNA of a petunia flower. The result was a plant with red streaks, which are very reminiscent of blood vessels.

Edunia – such a nickname was given to a transgenic flower. “Works of art will be alive, just like you and me. This is predetermined by the entire history of creativity,” the artist said.

Another artist, Australian Stelarc (Stelios Arcadiou), has grown a third ear on his arm that works via bluetooth. The idea came to him back in 1996. 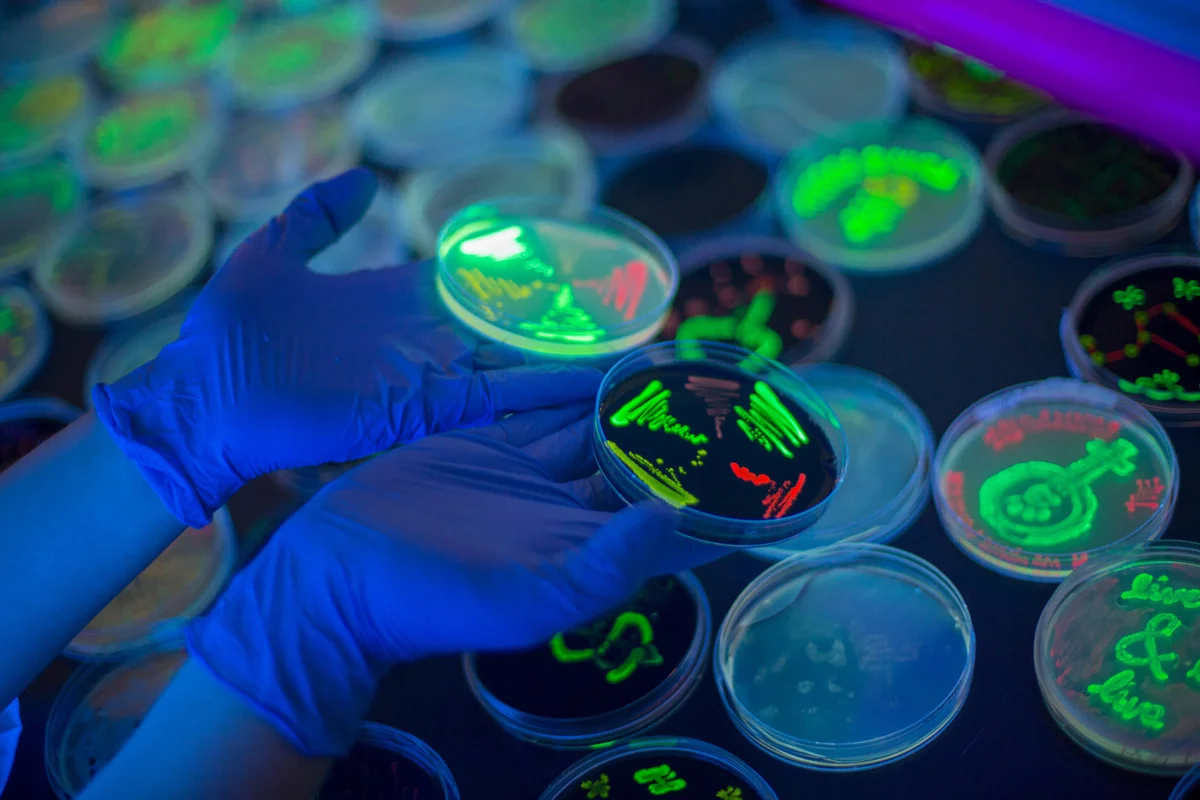 But it took the enthusiast ten whole years to find doctors who would agree to perform such an operation. In 2007, an auricle implant made of a biopolymer frame was implanted into his arm, which, six months later, was overgrown with tissue and blood vessels.

Stelarc placed a small microphone with bluetooth in his ear, and anyone could connect to it and hear what was happening around the artist.

“The ear is not for me, I already have two. This ear is a remote hearing device for people in other places. They will be able to follow the conversation or listen to the concert, wherever I and they are. Through GPS, they will be able to track where the ear is at the moment,” Stelarc explained.

In general, the artist thought a lot about the digitization of the consciousness and life of a biological being in the era of the Internet. He came to the conclusion that the planet is overpopulated and we all will soon have to explore new worlds.

Therefore, our body must undergo serious changes – become more modern. Stelarc came up with a prototype of a virtual reality helmet with lenses and mirrors that changed a person’s vision, designed a third arm for himself and controlled it with the help of the muscles of the legs and abdomen, and even invented the Exoskeleton, a huge spider-shaped prosthesis.